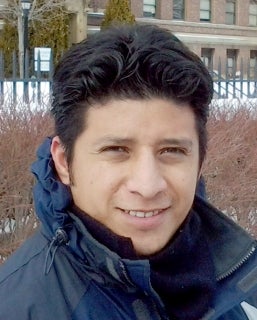 My work deals with modeling and control of dividing wall distillation columns (DWCs). DWCs represent a major breakthrough in the distillation area because they can result in significant energy reduction in addition to reducing the capital and operating costs. Conventional ternary separations evolved from the (in-)direct sequences to thermally coupled columns such as the Petlyuk configuration, and later to the DWC design that integrates two distillation columns into a single shell. Nevertheless, this integration leads also to changes in the control and operating mode due to the increased number of degrees of freedom. In order to study the dynamics and control of the process, a dynamic model has been developed and implemented in the software gPROMS. Pairing of inputs and outputs has been performed based upon the Relative Gain Array (RGA) and PID controllers have been designed for the control structure using IMC. The results have shown that the control configuration is able to reject commonly occurring disturbances effectively and also achieves good set point tracking performance. Alternative DWCs arrangements and control techniques are under study.