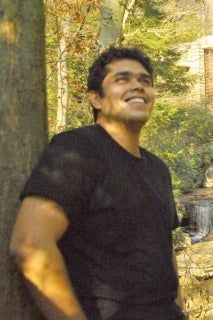 Lower back pain is affecting nearly 80% of the population at some point during their life and is the second most common reason for doctor visits in the United States of America, resulting in diagnosis costs of nearly 50 billion dollars a year. Lower back pain is closely related to the degeneration of the intervertebral disc (IVD). The intervertebral disc is the body’s largest avascular tissue structure providing stability and flexibility to the spine. Sclerosis and loss of proteoglycan content are hallmarks of a degenerated disc. Both effects can reduce nutrient transport to the avascular disc and result in cell apoptosis and matrix degradation, further exacerbating disc degeneration.

We hypothesize that the cyclic loading can augment the nutrient transport to the disc, thereby mitigating or reversing disc degeneration. This hypothesis is computationally investigated by evaluating the tissue’s mechanical response to displacement controlled confined compression and force controlled unconfined compression testing protocols. An augmented biphasic swelling model is developed to investigate the effects of dynamic mechanical loading on small molecule nutrient transport in the intervertebral disc. A sensitivity analysis is conducted to better understand the impact of disc degeneration on nutrient transport. Finally, an optimization protocol aims to augment the total nutrient transport in the degenerated disc was implemented.