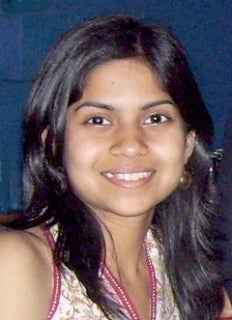 My research work is broadly related to mathematical modeling and analysis of biological systems. The primary focus is on signal transduction pathways and fluorescent reporter systems.

Signal transduction pathways operate via complex interactions between various molecules like enzymes, transcription factors etc. in the cells leading to transcription/translation which forms new proteins. However, it is non-trivial to estimate the dynamics of these molecules as significant interactions exist between them and also because not all of these molecules can be directly measured. Fluorescent protein reporter systems have thus widely been used for non-invasive monitoring of gene expression and transcriptional activity. To improve our understanding of signaling pathways using data from such reporter systems, I have investigated efficient and reliable ways to solve an ill-conditioned inverse problem of estimating transcription factor dynamics from sparse and noisy data of fluorescence intensity obtained from green fluorescent protein (GFP) reporter systems. This involves discretization of an ODE model describing the transcription, translation and fluorophore formation of a fluorescent protein and the use of regularization techniques to solve the discrete inverse problem.

Other factors that affect the intracellular concentrations of proteins are the stochastic nature of signaling pathways and the gene expression process and physiological processes like cell division. Thus, for instance, the fluorescence obtained in fluorescent protein based reporter systems varies from cell to cell. Since most of the experimental data of fluorescence is obtained from techniques such as flow cytometry or fluorescence microscopy that utilize cell populations, using single cell models to estimate cell physiological parameters or transcriptional dynamics might provide us with incomplete or erroneous information. In this regard, I have been working on developing a multiscale population balance model (PBM) that describes the dynamics of distributions of fluorescence intensity in a cell population labeled with a fluorescent protein. This PBM describes the evolution of fluorescence intensity distribution by taking into account processes such as cell birth and unequal partitioning due to cell division as well as the increase in fluorescence due to gene expression. This work also includes sensitivity analysis of the resulting integro-PDE model and use of optimization techniques to estimate unknown physiological and transcriptional parameters.