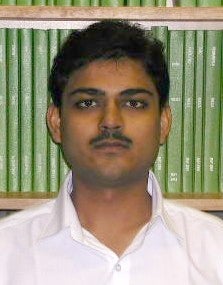 In modern chemical plants, it is necessary to know the value of many process variables/parameters in order to monitor, control, and optimize the overall process. However, it is not necessary to measure directly every variable for which a value is required. By strategically measuring some of the variables, the remaining ones can be computed using an observer. It is also possible to estimate many of the physical parameters of the process using the same approach. A variety of different possibilities exist for placing sensors in order to guarantee observability of the process. Finding the optimal number of sensors as well as their location based on cost and reliability is a challenging problem. This problem is exacerbated due to the fact that most plants are nonlinear in nature and are accurately described by distributed systems, which are difficult to simulate.

The research conducted in our group involves the investigation of the optimal sensor location for plants that are described by nonlinear ordinary or partial differential equations. Research focuses on determining which parameters can be estimated given a set of sensors. Past research in this field has often focused on linear systems because the existing techniques cannot easily be applied to the analysis of nonlinear large-scale systems. However, recently developed techniques for the analysis of the input-output behavior of nonlinear dynamic systems are applicable for the observability analysis of large-scale nonlinear systems. On top of this analysis, an optimization problem will have to be solved that finds the optimal number of sensors, the number of sensor of each type, and their locations. This optimization problem is well suited for solution via a genetic algorithm and offers the possibility of employing distributed computing for its solution.

This framework is tested in a simulation environment using available models of a distillation column and a fluidized catalytic cracking unit. Our investigation can have a significant impact on the petroleum and chemical processing industries by providing a method for determining the optimal number and location of sensors in order to safely and economically operate and control a processing facility.